Is it worth it to study in Rwanda? Is your money going for a reason you won’t regret in the end if you’re planning to invest in your education?

Probably you are planning to relocate in Rwanda to live there for a long period of time and your education or your kids’ education concerns you.

The question to ask yourself is “how is education like in Rwanda?” and it is clearly understandable and there is good reason for you to have that type of question in mind.

Let’s first of all know Rwanda in a nutshell. Rwanda is small country located in the eastern part of Africa, it is landlocked between DRC, Burundi, Tanzania and Uganda as the neighboring countries.

Rwanda is on fast pace to catch up with development after a tragic history, and it gives hope of reviving and becoming exemplary among other countries in Africa.

The country is also known for a nickname of “A country of thousand hills” or “Igihugu cy’imisozi igihumbi” in mother tongue due to its haul of hills and mountains everywhere full of green [plants].

Among other features known for Rwanda are the chain of volcanoes which form “Virunga park” and the mountains gorilla as one of the attractive points of tourists.

Rwanda has education system and structure like any other country in the world. As a developing country and status of education, is not that bad as it should have been expected to be.

For me, it’s not good to the extent of saying “Oh! Wow, outstanding” either it cannot be seen negligently, because so much [good] has happened throughout the time.

According to NISR report, a majority of learning population in Rwanda are enrolled in Primary education around 69.1%. Only 2.4% make it into the university.

How are you going to study in Rwanda?

First of all, majority of schools in Rwanda use English as a primary instruction language. This language was adopted around 2009-2010.

Only few schools in Rwanda use French or any other language [if any] as an instruction language, for example schools like École Belge and other few schools.

In the country there are around four levels of education you can pass through, from Kindergarten to earning a Higher degree like bachelors, masters and more.

You [your child] are likely to pass through a bunch of levels of education to put hands on a decent education capacity like I said above.

This is an examination that takes place after the end of each and every single academic year where finalists students of the primary school (those who finish 6 years of primary) have to sit for a final exam.

This national examination enables the students who pass it to be admitted into the best public schools and other reputable secondary schools.

The exam is prepared by Rwanda Education Board (REB). It is an obligation to every student to seat for it to be able to continue further education.

As I said in the section above, combinations are like specializations for secondary school students. The subjects become fewer than they used to be in Ordinary level.

On the other hand there are other fields that are practice-oriented and they are accounted into WDA (Workforce Development Authority) namely computer science, mechanics, construction, veterinary, agriculture and so on.

These are subjects are the one focused on when doing the national examination. Consequently, they have a great portion pf hours studied within a week.

Here (link) you can find almost every combination available in education system of Rwanda.

Language courses like English, French and sometimes Swahili are studied also in secondary schools advanced level but they are given a little time.

There are other combinations in high school that are not subjects-based that are instead based on fields that normally exist for example; veterinary, construction and arts.

After the national examination what happens next?

It all depends on what level; as we have discussed in the above sections, after the primary school comes high school, after ordinary level’s exam comes advanced level.

Finally, after A level’s examination comes the passport to enter into tertiary education. But the concern is “what happens if you fail any of the exams? Is it over for you?”

Nope, Rwanda has introduced 9 and 12 years basic education that serves to help under privileged students and those who don’t make it past the examination to relaunch themselves.

Tertiary education system in Rwanda is almost like in any other country’s HLI. There are different levels of education, namely Undergraduate, Masters and PhD.

Most of tertiary education institutions in Rwanda reward the undergraduate level degree, some of them provide masters level degrees.

Here is the list of high learning institutions in Rwanda:

Undergraduate level in Rwanda is as always and everywhere a level that follows high school (i.e., secondary school) where it starts to get narrow.

To complete this degree requires you at least 3 years to earn a Bachelor’s degree but also there are programs and schools that provide Associates degree that lasts 2 years.

However, there are special fields and faculties that require more than 3 years to obtain; among them include Architecture, Medicine and related fields.

The degrees provided in Rwanda are much more subdivided into arts, sciences, medicine, architecture, engineering, journalism and so on…

As I mentioned above, to be able to start this level, it requires a high school degree. The conditions of admission vary among institutions but there exist minimum conditions that High Education Council (HEC) set for a candidate to be admitted.

Here are minimum conditions required to be admitted in the university.

If you fail to comply any of the conditions, you’re likely to be disqualified from the privileges of progressing into tertiary education until conditions are satisfied.

Education in Rwanda doesn’t stop after undergraduate, but considering the fact that Rwanda is on an enormous pace, undergraduate degree is a decent degree that can be highly competitive on the labor market nowadays.

However, if you want value addition I would recommend you to go for a masters degree to narrow down the probability of competition on labor market in your field.

As of now many tertiary institutions are able to provide various Master degrees in a multitude of subjects and specializations, it all depends on a choice of a candidate.

The length of the programs differ accordingly but, the average interval to complete a Master’s degree in Rwanda is between 18 up to 24 months of education including a period of thesis writing.

So far, there is one and only one institution in Rwanda that is able to award a PhD level degree; the University of Rwanda (UR) and is conducted in terms of research.

“Currently, PhD studies can only be undertaken by research only, in all the disciplines. The duration is at least three years.” UR says through its official website.

This shows that the very minimum period to earn a PhD accreditation is three years after conducting some researches.

I can say, even though somethings need improvement but generally education in Rwanda is taking a step further and getting better compared to the previous periods.

I would recommend you to take a shot if you have been thinking about studying in Rwanda, you will have various choices to choose from don’t worry about limitations except a level of PhD and Doctorate. 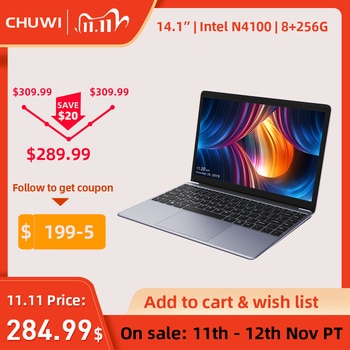